Benefit: Enkleia thorelii (Lecomte) Nevling, Butea Superba, Eurycoma longifolia, Elephantopus Scaber, Betula Alnoides, Dracaena Conferta Ridl.,
Anaxagorea luzonensis A.Gray., Ficus foveolata Wall, Kaempferia Parviflora Extracts in Liquid Type is for manufacturer who wishes to use our extract for cosmetic production or wanted to make your cosmetics products by adding our extract as an ingredient, it can be made into different type of topical such as cream, spray, serum, gel and mask.

Enkleia thorelii (Lecomte) Nevling is an herbaceous plant that originates in Thailand. Nervling or “Pra-Doo-Tung” It can be grown everywhere, and because of its therapeutic benefits has been
extensively naturalized in various parts of Thailand. The plant has a long tradition of herbal use since it acquires significant antioxidant activity and is thus employed for the treatment of diseases, in particular for gastrointestinal symptoms. In addition, the plant is also considered and used for several generations, due to its capacity to boost male sex functions, as a strong male aphrodisiac.

Butea Superba is considered the ultimate herbal king that has been consumed for a long time. It is a
traditional herb that is used to treat disease and maintain health in the body. It is well known for its properties as an elixir for males used to increase sexual desire. Butea Superba is rich in Phyto androgens that acts like testosterone which contributes sexual desire, vitality and sexual enhancement. Popularly used to treat the symptoms of sexual dysfunction, such as erectile dysfunction.

Eurycoma Longifolia is a plant in Southeast Asia commonly found in Thailand, Laos, Cambodia, Burma, Malaysia. Thai people used as a remedy for malaria, stomach pox and body maintenance. As for Malaysia, it is known as Katong Ali or Staff Ali. Is a potent
stimulant for energy boosting. Roots are used and believed to cause sexual arousal making it more durable during sex. Based on the beliefs of indigenous people in the country where the herbs are found, this herb contains Its properties as a sexual enhancement drug are said to be equivalent to Viagrra.

Ficus foveolata Wall or Ficus sarmentosa Buch.-Ham. Ex Sm. is famous for its potency, boosting blood circulation and especially increasing sexual desire. The extract of Ficus foveolata Wall. (Moraceae) stems was also shown that the plant exhibited the strong antibacterial activity. In the Thai herbal medicine formula, it was found that Thai folk people are often stomped on this plant to ferment liquor or boiled for energy drink, nourish the blood, relieve pain all the body and better digestion.

Kaempferia parviflora or Black Ginger is one of most popular herbs in Thailand as it has traditionally been used in folk medicine and food for more than 100 years. Rich in an aphrodisiac compound, the plant also has a reputation for its excellent tonic effect to relieve impotent symptoms. Kaempferia parviflora offers numerous health benefits.

Dracaena Conferta Ridl is well known for its energy-boosting properties. It is used as a traditional medicinal plant a tonic to stimulate blood circulation, improve erectile dysfunction and premature ejaculation as well as build muscles. It has also shown to reduce fatigue and improve blood flow especially in a penile area- keep blood flowing smoothly in the vein, offering longer and stronger erection. This herb is useful all-around energy and fertility booster. Suitable for aged men who often experience fatigue and low testosterone levels.

Elephantopus scaber Linn. a member of Family Compositae, is an inconspicuous herb growing throughout Thailand. Locally known as Prickly leaves elephant’s foot, it is a popular plant in many countries of Southeast Asia, Latin America, and Africa for a long time that have been traditionally used as medicine for treatment of several ailments including cancer, diabetics, edema, stomach disorder, jaundice, leucorrhea, rheumatism, fever and scabies. It has gained a great attention globally to develop new pharmaceuticals.

Betula alnoides is an indigenous hardwood species in tropical and warm subtropical zones in Asia, scientiaclly known as Betula alnoides Buch.-Ham. ex D.Don. It is described to be a perennial plant with 20-35 meters height which belongs in betulaceae family. It is of great ecological and economic value, and is the most popular native hardwood species in these zones with plantation area more than fifty thousand hectare up to date. In Thailand, the plant is commonly found in the northern and north eastern part of Thailand locally known in Thai as “Khamlang suea khrong”. Locally, it is renowned for an “elixir” for energy enhancement for tonic, longevity, and appetite and as a carminative and an aphrodisiac. It is considered to be a cure for many diseases ranging from severe gas pain, muscle pain, diarrhea, etc.

Remark: An additional charge applies for each shipment that is picked up or delivered in an extended area. In such case, you will be contacted via email for extra charges.

There are no reviews yet. 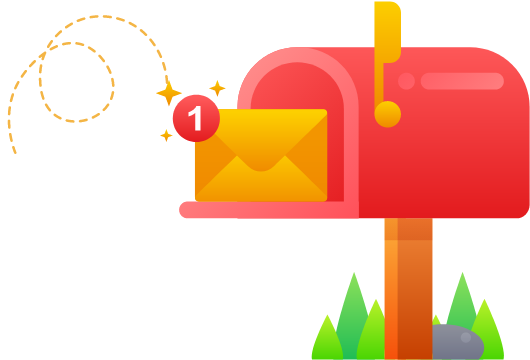